A mysterious thing that happens in project management. 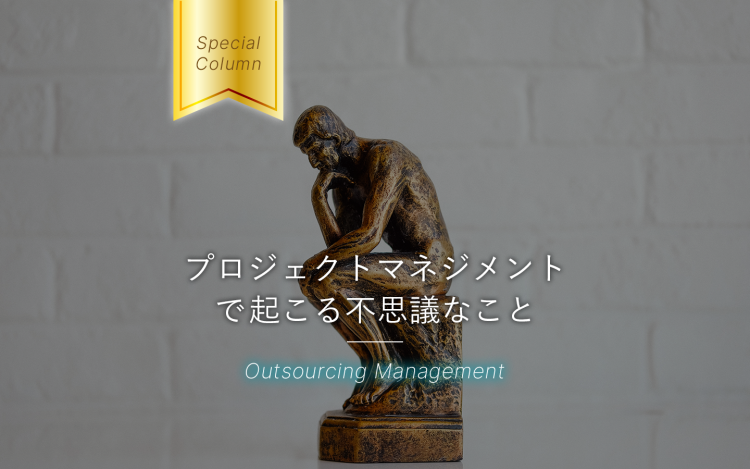 What is team building?

Team building is a method for building a strong team. It refers to creating a team that can achieve its goals by maximizing the skills, abilities, and experience of team members. “Team building” means “build a team” when translated into Japanese.

It is a theory and method for working on organizational culture and human processes such as motivation, satisfaction, communication, relationships, leadership, and norms in order to enhance the ability of the team. Team building was born in the United States in the 1950s.

In Japan, after the collapse of the bubble, attention was paid to soft aspects such as human beings and human relations, and team building methods have been introduced mainly for coaching training and facilitation training for leaders.

(5) Strengthening barriers In an era of fierce market competition and intense social changes, various obstacles tend to occur in projects given to teams. However, if we can build a strong team structure through team building, we can support each other with a common sense of purpose, motivation, mutual cooperation, and mutual help. Therefore, even if it is a big obstacle, we will overcome difficult situations with strong unity.

Team building has a framework. The “tuckman model” is a framework that divides the state of the team into five stages and shows the elements required for each stage. It is named after it was proposed by psychologist Bruce W. Tuckman.

It is said that it can be developed through the following five processes. It is said that if you understand the stage of the team and take appropriate measures to overcome it, you will be a good team.

(1)Formation stage The stage when the team has just been formed. Unknown members are in a state of exploring each other. It is important to have mutual understanding and, under the leadership of leaders, to find factors and issues that hinder the achievement of goals while fostering a common sense of goals.

(2) During the period of turmoil The common goals have been clarified, opinions have been confused, and conflicts and resistance have emerged. It is important to assert opinions and hold discussions without fear of conflict.

(3)Unification period The team is in a state of becoming stable by understanding each other’s positions and ways of thinking. It is necessary to demonstrate independence, divide roles appropriately, and take advantage of each advantage to work toward achieving goals.

(4) Functional period We will continue to function as a team while demonstrating individual abilities. Members follow each other and collaboration is established. Proper staffing will accelerate the rise in results.

(5)Breakdown period The team is in the stage of breaking up due to the end of the project. We will confirm whether the goal can be achieved and verify the effect of team building.

(1) Realization of appropriate personnel allocation In team building, it is necessary to clarify the allocation of the right person in the right place and the division of roles by understanding each other’s skills, experience, and values. In carrying out the project, we will allocate human resources so that each part can proceed efficiently.

(2) Vision formation In order to achieve the goal, it is necessary to share the desired vision.

By team building, the goals are clarified, which strengthens the cohesiveness and makes each person think “I want to achieve the goals with this team”.

The mystery that happens in team building

Now, from here, I would like to talk about a little mysterious case that our representative Ashida experienced when doing team building. “It’s up to you to believe or not” (laughs) Ashida was a sports club karate club. He often had a mysterious experience at an attraction after an evening meal during a training camp.

It has a strong member sitting in a chair, and four members insert their index fingers into their knees and armpits. Then, under the shout, the seated member is lifted. Even if four people are involved, it is difficult to lift it with just the index finger. Therefore, four people put their palms on top of each other so that they can “feel the wind in their palms.

” If you feel the wind, try again and lift. Then ,. A strong member will lift up enough to hit his head against the ceiling. (Suspicious Ashida) tried many times, but after all, the results before and after were completely different. This experience may have nothing to do with team building, but the process of “unifying the mind” seems to have great and thought-provoking clues.

Do you know the movie “Always-Sunset on Third Street ’64”? On this public anniversary, we used three planes over Tokyo Tower to draw a contrail and conducted a project to promote this movie. This movie is a trilogy, and it is also called 3D release, so it draws “333” in the sky. However, unfortunately it was cloudy on the day of the public event.

Contrails are white, so when it becomes cloudy, it becomes completely difficult to see. I rehearsed several times in the morning, but I couldn’t see any contrails. The staff is depressed. The whole team tends to be cloudy. The actual time was 13:00, but even 10 minutes ago, the clouds covered the sky.

Even so, the plane was heading for Tokyo Tower, but I had already decided to shift to a backup plan. However, one minute ago, only the sky above Tokyo Tower disappeared and the clouds disappeared. “333” was beautifully drawn and became big news that evening. 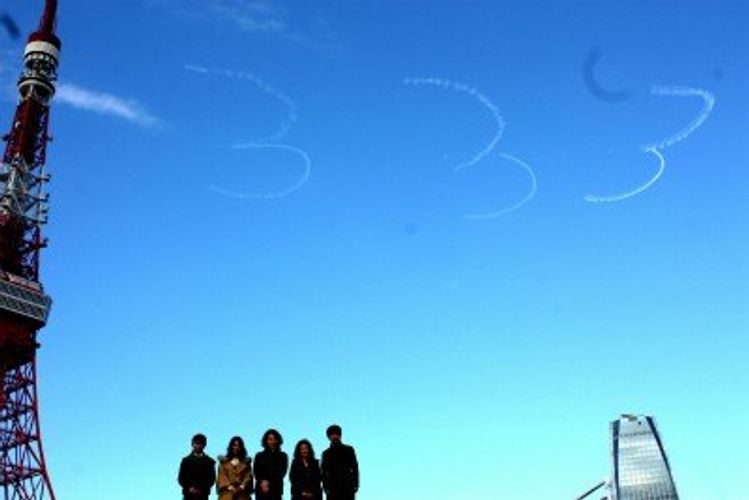 The other is an event at a certain aviation event. At the request of a Swiss watch maker, we invited an air show team of jet fighters owned by this maker to support the reconstruction of Fukushima and produced an air show over Fukushima. This event was actually canceled due to bad weather. So this time, I can’t afford to fail in the re-challenge.

It was the day of the show, when a jet fighter skated from Fukushima Airport to the venue, Fukushima City. A huge cumulonimbus cloud occurred over the suburbs of Fukushima City, the venue. Looking at the movement of the clouds, it was predicted that the jet fighter would take off and arrive at the venue in the sky above the venue.

We will call attention to the pilot of the jet fighter wirelessly because it is judged to be dangerous as it is. Still, the jet fighter took off and headed for the venue. And by the time we approached the venue, the cumulonimbus clouds disappeared without entering the sky above Fukushima City. The air show was successful.

Well, it may not be appropriate to introduce a mysterious case here. Team building is a person-to-person involvement and may seem unrelated to natural phenomena, or it may have happened to be a climate change. However, Ashida says that the success of the project has always been a sense of unity among the staff. In some cases, a little miracle happens when the sense of unity reaches MAX.

It states that. Even if something strange doesn’t happen, it’s self-evident that if the team makes a dissonant sound even if you think about it normally, it’s difficult for the team to achieve good results. On the other hand, I have often experienced great results if team building is successful.

And as team building matures, a little miracle happens, and many of our staff have similar experiences. Team building is an essential idea for an organization that has multiple people and needs to achieve results together.

Team building provides a common sense of purpose and motivation to carry out work. If you are suffering from lack of communication or poor pace within the company, why not try team building? The articles in the column are scheduled for the 1st of every month.

Scheduled to be released in January Column contents

・ The company will change if the meeting is changed